Got a haircut today, maybe my first in three years: 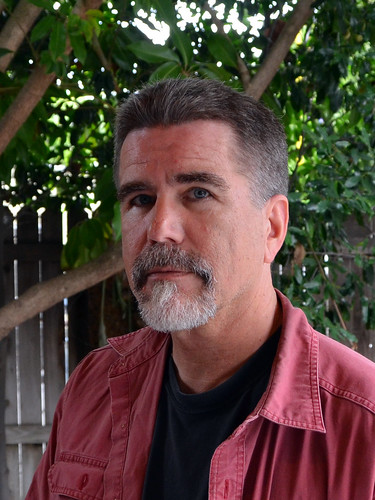 After my father died, we pulled out the photo albums and looked at them for a few days and then I resolved, finally, to get everything scanned and uploaded to Flickr. There are literally a thousand or so photos. I bought a slide scanner and pulled the flatbed scanner I bought a couple years ago out of its box.

When going through my folks’ 35mm slides, I found a set of the slides I took on my first expedition backpacking trip, from Giant Forest to Mineral King with my Boy Scout troop in 1976. I thought these slides had been lost long ago:

This was a sort of shuttle hike that took us south along the western side of the Sierra Nevada. The main High Sierra Trail continues on east across the range and comes out at Whitney Portal. For over 35 years after the 1976 hike, I wanted to go all the way across, and that’s what Ingrid and I did in 2013, retracing my steps from 1976 for the first two or three days.

Here is Ingrid standing in front of that same Precipice Lake 37 years later: